Although several weeks have passed since I’ve found time to write, something happened today that gave me pause. Nothing serious although there was a definite toss of the dice. No blood spilled, no sprained ankles, no broken bones, no rush to a hospital which has been the end result of many of our escapades. I’ve often thought back to our medical adventures with a mixture of anxiety, followed by a pinch of humor after returning home. All of us have encountered accidents in our lives and they tend to shape our dem 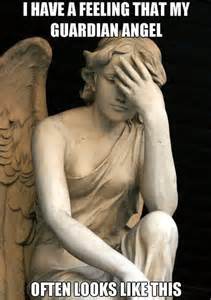 eanor to a certain extent. You either develop a slightly warped sense of humor or resolve to remain in a cocoon as much as you can. Of course, mishaps often occur more readily when working on a farm.

When we first moved to Florida, our farm, a dilapidated, unkempt pile of broken fence boards, debris, exposed nails and an assortment of heretofore undisturbed wasps nests, called for us to remain steadfast in our dedication to clean up the property.  Fortunately we were at the age where we still felt undaunted, fearless, capable of anything and, to be honest, a little stupid. At the delicate age of nine, my son heard his first bonafide expletive when I stepped on a nail protruding from one of those broken fence boards. It didn’t help matters to discover the board, lying in overgrown grass, covered a close knit nest of wasps. I regretfully confess, the swear word began with a capital F but in my defense, the situation called for a dramatic punch. My son, having had the bejeebies scared out of him hightailed it to the house which was fortunate since the sole wasp gunning for us only had eyes for my backside. First trip to Urgent Care.

Fast forward a few weeks when hubby and I tackled the overgrown vines choking the many oak trees dotting the paddocks. Hacking, pulling, yanking and severing the huge thick stalks threatening to choke the life out of the oaks.  We  worked all day while our son attended school, celebrating our victory with hot dogs on the grill later that evening. It wasn’t until the next morning when my husband and I awoke to our son asking us, “What’s wrong with your faces?” that we realized the vines we’d so enthusiastically attacked were, in fact, mature poison ivy vines. Second trip to Urgent Care. The doctor took a little more interest in us this time around. You could actually see the wheels turning as her curiosity grew.

They say third time is a charm. I would like to know who “they” are, Although, I can happily admit we stayed out of the Urgent Care for a whole three weeks, much more work remained to be completed. One Saturday, I decided to clean up the remaining fence posts while my husband made a quick trip to the local recycling center. The wasps had moved on, their nests eliminated, the piles of boards in overgrown grass had been burned and the grass bush-hogged. Two weeks earlier we had purchased a tractor with a front bucket. Placing the fence posts in the bucket required minimal effort. My son, a sucker for farm equipment had happily volunteered to raise and lower the bucket. We had even taught him to drive forward in turtle mode. Since he was on a need to know basis, we hadn’t taught him how to alter the speed so the tractor simply crawled when he applied pressure to the accelerator and stopped when he took his foot off. Things were going splendidly until the fourth load when my son noticed the lever for cruise control. Damn! Instead of putting his foot on the accelerator, he turned on cruise control. I knew immediately something wasn’t right when I told him to stop the tractor and he couldn’t, noticing the look of sheer panic on his face. He simply didn’t know how! The tractor continued to creep forward excruciatingly slow and began pushing me against the paddock fence. For some stupid reason in an effort to stop the tractor, I placed both hands on the blade of the front bucket and pushed back. Yea, like that was going to work. At the last moment, my son turned off the tractor and we were off to Urgent Care for a dislocated thumb.

We laugh about these escapades now and, thank heavens, my son has no horrific recollection of them. We changed doctors, understandably and have since mastered the complexities of farm equipment. Or at least, I thought we had. Today was a stark reminder of how quickly accidents can and do happen, even when one is capable, experienced and knowledgeable. The little patch of acreage where we hope to rebuild has some majestic oak trees and water oaks but years of neglect have left them covered with vines, underbrush and scrub growth. This time we hired a professional to help but old habits die hard. When my husband took off to pick up our son, I continued cutting here, pulling there. Picking up the chainsaw, I decided to begin where my husband left off. Now I’ve handled a chainsaw many a time. Although it’s not something one brings up in polite conversation handling a chainsaw often comes with working around a farm.  We were just finishing up a swath of small trees and as I slowly lowered the chainsaw, I felt a tug on my jeans. Sure enough, the teeth had grabbed the fabric above my knee and chewed open a hole about three inches. Thank heavens my jeans were baggy. Thank heavens I had taken my hands off all the buttons. Thank heavens the chainsaw wasn’t as sharp as it should have been. All this brings me to the above title.  My mother always told me, “Can’t never did a thing!” and I’ve tried to live by her motto. I love being able to tackle the hard tasks and jumping in without fear. However, I don’t think she was referring to chainsaws. Furthermore, at some point in our lives, one should really consider the possibility that although we CAN do something, the wiser option might be to choose not to and not feel regret for making the wiser decision.

I do know this….when I die, I’m fairly certain the guardian angel who was assigned to watch over me during my lifetime is going to walk right up to me and smack me upside the head.